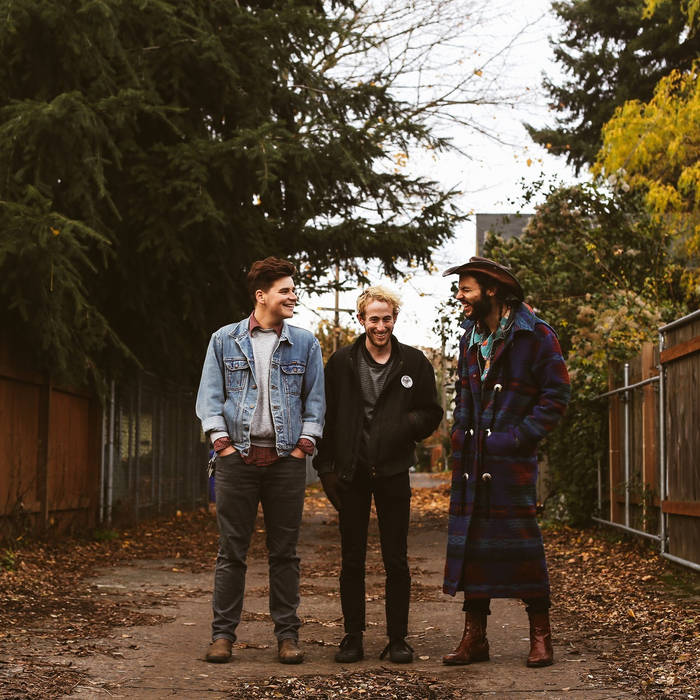 Catherine Cook <3 <3 <3
LOVE the sounds, moments and feel. Hungry Ghost and Voice feed me. Tell me if y'all are coming back to absolute records in Boulder (or somewhere bigger) :)
more...

Like it or not, the Little Star story is a classic rock one. Born out of a dissolving relationship, baptized in manic bedroom recording sessions, and confirmed under the winking lights of Portland basement venues, Little Star embodies the rock dream of transfiguring sadness into pop gold.

We first heard of Little Star through the Romantic World of Little Star cassette self-release, a map for Daniel Byers’ inner tumult disguised as scrappy dreampop. Big Star’s exuberant melancholy, the Kinks’ crackerjack guitar work and the Cure’s winking macabre all lit the path through Daniel Byers’ little world. Now we have Being Close, an album that finds Byers enlisting the help of bassist, singer and songwriter Julian Morris and drummer John Value, transposing the coy synthesized instrumentation of Romantic World into a true power trio. “It has very aggressive moments, and it has more tender and sweet moments,” than the debut cassette, proclaims Morris. Byers takes care to note the influence of friends and fellow Portlanders Sioux Falls on the album’s brash sound.

Being Close is the sound of Little Star “bringing the [Romantic World] out of the bedroom and into the live space,” says Value. The ten-song collection finds Byers and Morris, penning songs about transformation and transcendence—Dan’s songs about processing his breakup, Julian’s songs about his process of gender transition. The album might be about dissolution and finding oneself anew, but Byers carefully notes that the songs are really about “moving apart from people.” Is it a breakup album? “Well maybe it is, on accident.”

Songs like “Cheeseman” and “For Goth Easter” demonstrate the emotional breadth of Little Star. All of the songs are “about moving apart from people,” Byers explains. The rollicking “Cheeseman” details the painful drift between two friends, set over Bolan-esque chugging guitar chords. An honest-to-god guitar solo caps off the song, showcasing Byers’ sage-like (and Sage-like) fret heroics. And then there’s “For Goth Easter.” The Morris-Value-Byers trio have turned Romantic World’s emotional centerpiece into a Being Close’s first act showstopper, a breathless three-minute meditation on the power of rock music. Portland Mercury contributor Cameron Crowell has described seeing entire basements teary-eyed, singing along to every word of the song, and I’ve seen it happen, too, I swear to god.

Little Star recorded the bulk of Being Close live in a single eighteen-hour session at Portland’s Type Foundry Studios and mixed the rest of the album in the same house used to make Romantic World. Portland label Good Cheer Records is proud to release the album on CD and Cassette, available online and in stores on January 8.

All songs by Dan Byers except Voice and Hungry Ghost, by Julian Morris.

Recorded by Mac Pogue at Type Foundry in Portland, OR on July 9th, 2015.
Mixed by Mac and Little Star, fall 2015.
Mastered by Mike Bridavsky at Russian Recording in Bloomington, IN.

Little Star would like to thank all of our friends and families for their love and support, this album is for you.

Bandcamp Daily  your guide to the world of Bandcamp